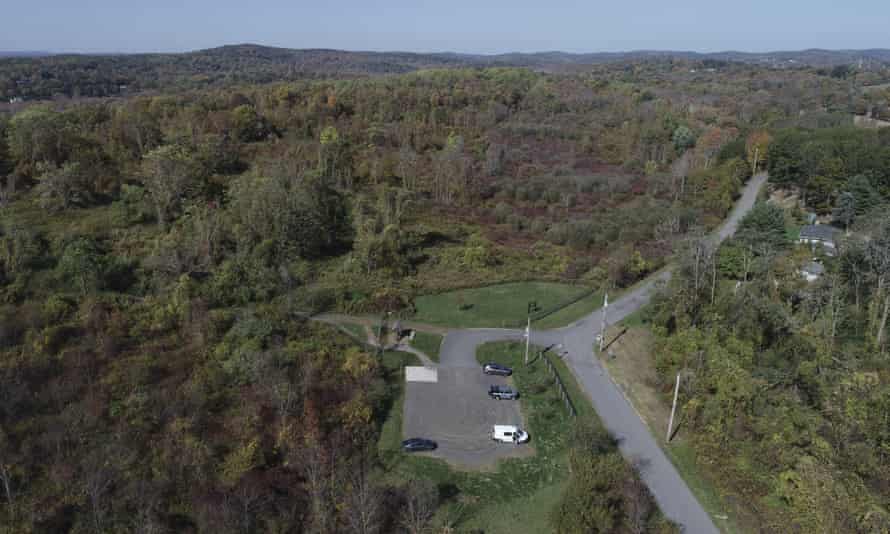 For years, Sandy Galef has received complaints and questions from many of her constituents over the Donald J Trump state park in suburban New York.

And since Trump’s supporters stormed the US Capitol earlier this year, lawmakers, advocates and residents are once again pushing to rename the underdeveloped 436-acre park in hopes of sparking a dialogue on social justice and spurring much-needed private contributions to improve the space.

Galef, a New York assemblywoman who started investigating whether the park’s name could be changed at the start of Trump’s presidency, chose earlier this month to push to rename the park after the former New York governor George Pataki, who also represented the park area as an assemblyman and a state senator.

“[Pataki] has an attachment to the area and has lived here,” said Galef. “There hasn’t been anything named after him and he’s an environmentalist. I think when people think back on his legacy, they’ll think about the environment. And so it just seemed to me that this might be a good naming opportunity.”

Galef says she will present a bill to rename the park for the former governor – and worries that if the name doesn’t change, donors will be wary of having their names associated with future revitalization efforts.

Other advocates for renaming say the move should be used as an opportunity to discuss the ways racism has shaped the Hudson Valley.

Viral petitions have advocated for the park to be renamed after Pete Seeger and Sojourner Truth, on behalf of their contributions to environmental and racial justice causes in the region. New York lawmakers have also suggested honoring Heather Heyer, the woman who died in the Charlottesville attack in 2017.

The park came to be named after Trump when he donated it to the state in 2006. The agreement stipulated that “the name will be prominently displayed at least at each entrance to each property”, Lohud.com reported. Opponents have argued that there is no definition of the word “prominently”, and that the deed to the property was never signed by a representative of the state, potentially meaning the state would be within its rights to change the name.

The Trump Organization did not respond to a request for comment, but Trump threatened to take back the property in 2015 when discussions of changing the park’s name began.

Luis Quiros, an activist and professor who lives in Westchester county, where part of the park is located, says the renaming the park after Sojourner Truth would be a “slam dunk”.

The abolitionist was born enslaved in nearby Ulster county. And such a rechristening of the park would spark conversations on race and recognize the contributions of women of color, Quiros said.

“We have a female slave that fought for freedom,” he said. Quiros envisions visitors and passersby asking such questions as: “Who is this person? Why was this park named after Sojourner Truth? How difficult was what she did? Exciting a question like that should be part of our history.”