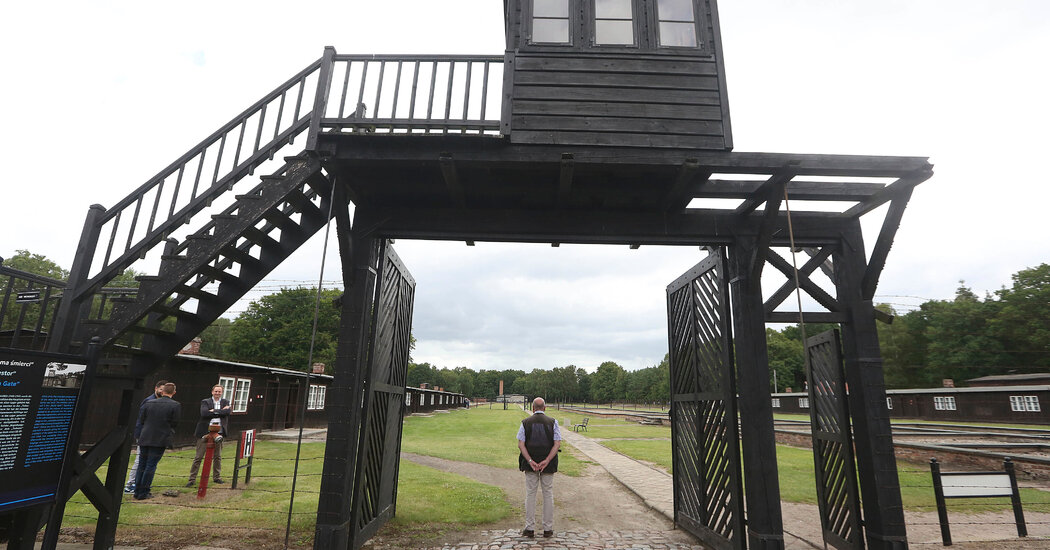 Public prosecutors in Germany have indicted a 95-year-old woman for her role supporting the Nazi killing machinery as a secretary in a concentration camp, charging her with 10,000 counts of being an accessory to murder, and complicity in attempted murders.

The indictment against the woman, identified only as Irmgard F. under German privacy laws, followed a five-year investigation, prosecutors said Friday. Because she was under 21 at the time of the offenses she is accused of, they said, she would be tried in a juvenile court, where she is likely to receive a milder sentence.

The woman worked between June of 1943 and April of 1945 as a secretary for the camp commander at the Stutthof camp, 20 miles from the Polish city of Gdansk, which was known as Danzig under German rule at the time.

“It’s about the concrete responsibility she had in the daily functioning of the camp,” said Peter Müller-Rakow of the public prosecutor’s offices in Itzehoe, north of Hamburg.

A regional court will decide whether to follow through on the indictment and start a trial, a process that could take from a few months to years.

Last year, a 93-year-old man was convicted in a juvenile court in Hamburg of being an accessory to 5,230 murders when he was a 17-year-old guard at Stutthof.

More than 60,000 people are believed to have died or been killed at Stutthof, which was the first concentration camp to be established by the Nazi regime outside Germany’s borders.

With the last people involved in carrying out atrocities for the Nazi regime close to death, German authorities have been pushing hard to bring as many of them as possible to justice.

John Demjanjuk, who worked for years as an autoworker in the United States, was found guilty in a Munich court in 2011 on charges in the killing of 28,000 Jews when he was a guard at the Sobibor camp in German-occupied Poland in 1943.

After that case, other local prosecutors began investigating the responsibility of other surviving concentration camp guards, charging them with accessory to many murders as opposed to individual, documented killings.

In 2018, another ex-guard from the Stutthof camp was put on trial, but that process was eventually suspended because the accused, who died in 2019, was often too unwell to attend.

“It’s a real milestone in judicial accountability,” said Onur Özata, a lawyer representing survivors in the trial of the former camp secretary. “The fact that a secretary in this system, a bureaucratic cog, can be brought to justice is something new.”

The case will hinge on whether the former secretary played a role in the atrocities perpetrated by guards inside the camp.

Prosecutors said that she had admitted that much of the correspondence related to the camp and many files crossed her desk, and that she knew of some killings of inmates. But she maintains that she did not know that large numbers of the camp’s inmates were being killed by gas during the time she worked there. She has also said that her office window pointed away from the camp, so that she could not see what was going on, according to media reports.

“It’s fair to say that the majority of these women knew about the persecution of the Jews and some of them knew about them being murdered,” said Rachel Century, a British historian who wrote a book on female administrators in the Third Reich. “But some secretaries had roles that gave them more access to information than others.”

The public prosecutor’s office in Itzehoe has investigated the case for five years, interviewing survivors both in the United States and Israel, as well as the former camp secretary. They also hired an independent historian to make an assessment.

According to the public broadcaster that interviewed her last year, Ms. F. had been in court as a witness in 1957, when the camp’s commander, Paul Werner Hoppe, went on trial. Mr. Hoppe was convicted of his crimes, but was released in the 1960s and died in 1974. The prosecutors did not provide details of the former camp secretary’s life after she served in Stutthof.

“The court cases are also important because, beyond historical research, they help to document and clarify Nazi crimes, and because they bring the subject to the public’s attention,” said Jens-Christian Wagner, the director of the Buchenwald and Mittelbau-Dora concentration camps memorial.