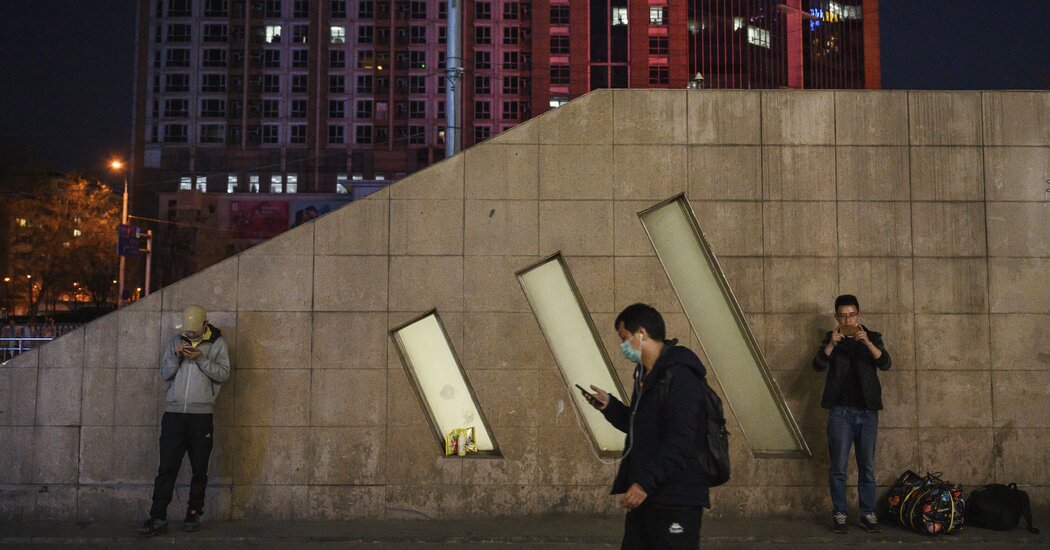 The app is also invite-only, which had prompted a small black market for invitation codes to emerge in recent days. Before the app was blocked, the going price for one code was up to 300 yuan, or about $46.

That did not stop thousands of Chinese users from flocking to the platform, which provides audio chatrooms that disappear when the conversations end. In recent days, several Chinese-language chatrooms had been filled to the 5,000-user capacity. Some said they were connecting from the mainland, while others identified as Chinese people based overseas. Many said they were from Hong Kong and Taiwan.

Seemingly every topic on China’s censorship blacklist had been discussed. In one chatroom, participants debated which Chinese leaders were responsible for the Tiananmen Square crackdown in 1989. In another, users shared experiences of their encounters with the Chinese police and security officials.

In a third, participants sat in silence as they mourned the one-year anniversary of the passing of Li Wenliang, the doctor who was reprimanded for warning about the coronavirus in Wuhan, China. He died of the same illness, and his death prompted the hashtag “freedom of speech” to spread widely on Chinese social media.

The app’s sudden popularity in China had prompted many to wonder how long the government would allow the party to last. Social media companies operating in China must keep tabs on the identities of users, share data with police and adhere to strict censorship guidelines.

“Clubhouse is exactly what Chinese censors don’t want to see in online communication — a massive, freewheeling conversation in which people are talking openly,” said Xiao Qiang, founder of China Digital Times, a website that tracks Chinese internet controls. “It’s also a reminder that when there is an opportunity, many Chinese have a desperate need to talk to each other and to hear different view points.”