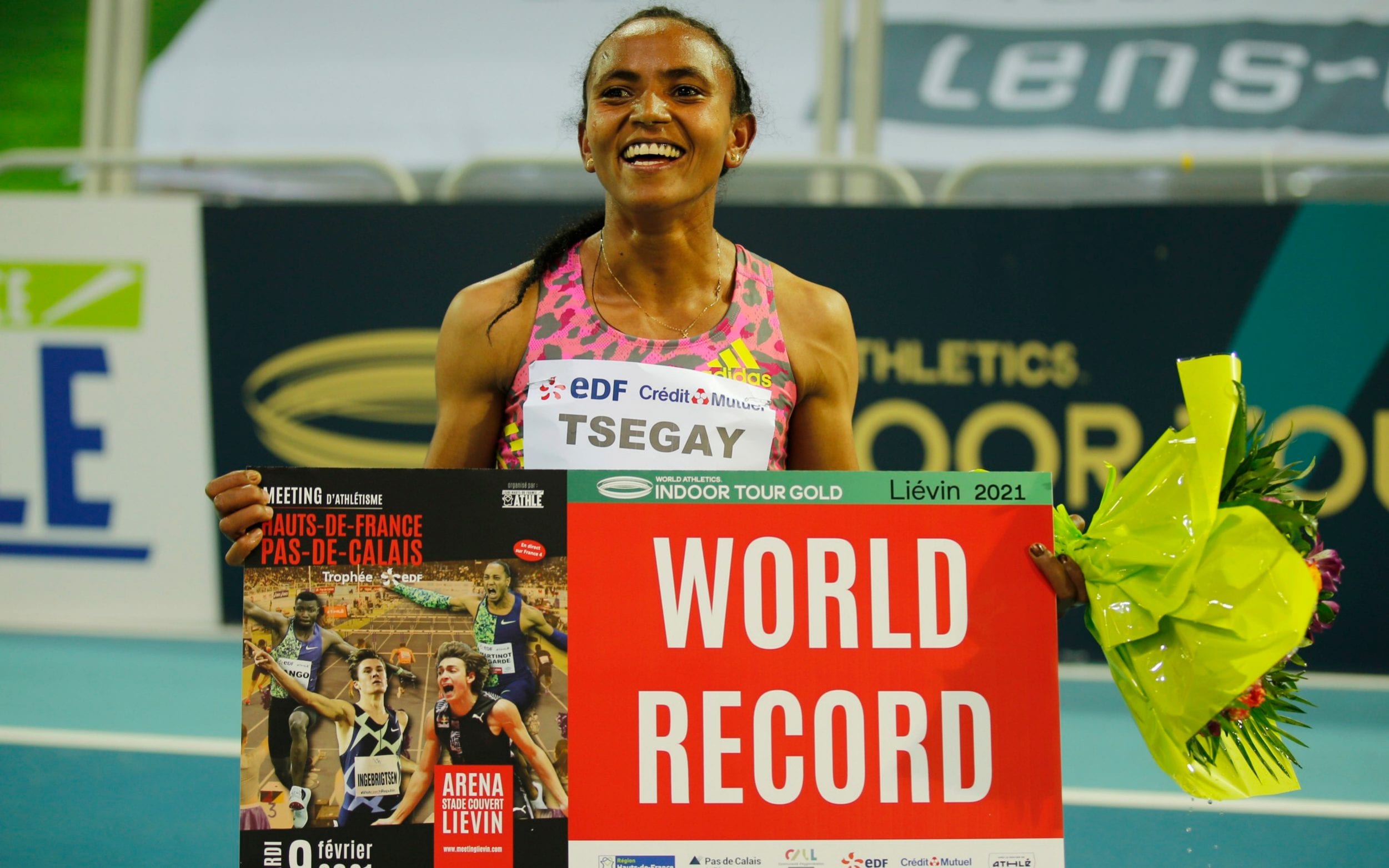 Laura Muir could scarcely have wished for more from her opening race of a season she hopes will end with an Olympic medal after smashing the British indoor 1500 metres record in Lievin, France, on Tuesday night. Yet that achievement barely tells half the story of a race that saw Ethiopia’s Gudaf Tsegay obliterate the world record by more than two seconds.

So dominant was the manner of Tsegay’s victory that Muir was not even in the picture as the Ethiopian crossed the line in a winning time of 3 minutes 53.09 seconds, consigning Genzebe Dibaba’s seven-year-old world record to history.

Tsegay had been the only athlete to follow what appeared to be a suicidal pace set by the pacemakers in the early stages, but no one could have predicted what she would do when left alone at the front just after the halfway stage.

By that point, the bronze medallist from the 2019 World Championships already had a 20-metre lead over Muir and that margin only extended as the finish line came into sight, with Tsegay blitzing her way to an astonishing victory.

Muir, who had lost her British indoor record to training partner Jemma Reekie last February, trailed in a distant second while still managing to become the first British woman to break the four-minute barrier with a time of 3min 59.58sec. Her British team-mate Melissa Courtney-Bryant was another five seconds back in third.

Muir could be forgiven for rueing that she must prevail in arguably athletics’ most competitive event if she is to finally win a global outdoor medal this summer at the Tokyo Games.

Despite posting faster times and showing greater consistency as she enters what are likely to be the peak years of her career, everywhere the 27-year-old turns she sees history in the making.

Only good enough for world bronze 16 months ago, Tsegay must now rank among the favourites for the Olympic title. Yet if she is to claim that reward, she must first beat Holland’s Sifan Hassan – a woman with such unparalleled versatility that she completed an unprecedented 1500m and 10,000m double at the last World Championships.

Then there is Kenya’s reigning Olympic 1500m champion Faith Kipyegon, who returned from giving birth to claim world silver behind Hassan, while Dibaba still holds the all-time outdoor mark of 3min 50.05sec and may yet return to middle-distance track running after a recent debut half-marathon.

It all paints a tricky picture for Muir – a woman who is only getting quicker, but is watching her rivals do the same.

Earlier in the night, Reekie had begun her season in style, beating Britain’s new world under-20 record holder Keely Hodgkinson to win the 800m in 2min 0.64sec.

There was further encouragement for Holly Bradshaw, who opened her season at the weekend with her biggest clearance for nine years and followed up with a best of 4.73m to claim another pole vault victory.

With the British men’s middle-distance ranks healthier than they have been for many decades, Elliot Giles continued his fine start to the year, backing up his World Indoor Tour 800m win in Karlsruhe with another in Lievin, dominating proceedings to win in 1min 45.49sec.