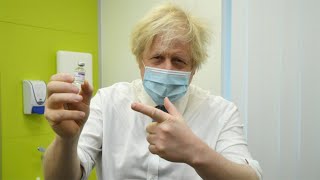 It comes as a new “catch-up” tsar who will run a task force to oversee plans for children to have one-to-one tuition and summer school was appointed by Mr Johnson on Feb 3.

Mr Johnson’s optimism on school reopening is built on the success of the vaccination programme, as over 15 million people have received the first dose of the vaccine in the UK as of Feb 16. The daily case rate continues to stay at levels not seen since before the second wave, as 10,625 positive cases were also recorded on Feb 16.

Read more: What could Boris Johnson’s roadmap to end lockdown look like?

The Department for Education said children with at least one parent or carer who was a critical worker could attend class – even if parents were working from home.

What is the Government planning to help children catch up?

The Government has appointed an education recovery tsar, Sir Kevan Collins, to address the amount of learning children have missed out on during the pandemic.

The Prime Minister has made it clear that the Government’s immediate focus must be on education, and Sir Collins will head up a team of experts who will draw up proposals on how to help children catch up.

One-to-one tuition for pupils and summer schools are reportedly being discussed, and Department for Education (DfE) officials are said to be studying the evidence and cost-effectiveness of adding on extra classes at the beginning and end of the day.

In an interview with the BBC, Sir Kevan said: “I think we need to think about the extra hours not only for learning, but for children to be together, to play, to engage in competitive sport, for music, for drama because these are critical areas which have been missed in their development.”

He said teachers will need to be asked “to increase learning time for children”.

Mr Williamson addressed this possibility in a letter to the chief exam regulator on Jan 13 despite announcing on Jan 6 that exams would not take place this summer.

He explained that the replacement would be a “form of teacher-assessed grades, with training and support provided to ensure these are awarded fairly and consistently across the country”.

So far, there has been no official announcement from the Education Secretary on reinstating exams.

It comes as a major exam board backed calls for A-level and GCSE reform in the wake of Covid-19, as it says qualifications must be “fit for the 21st century”.

Edexcel’s parent company Pearson has launched a review into British qualifications for 14 to 19-year-olds, saying the pandemic has forced everyone to “adapt and rethink” how to assess young people.

That would mean children could continue their education at school rather than entire classes or year groups being sent home to self-isolate for 10 days .

The post 2021-02-17 02:09:17 | When will schools reopen for primary and secondary pupils? Latest Covid-19 lockdown updates
appeared first on http://justlatestnews.com