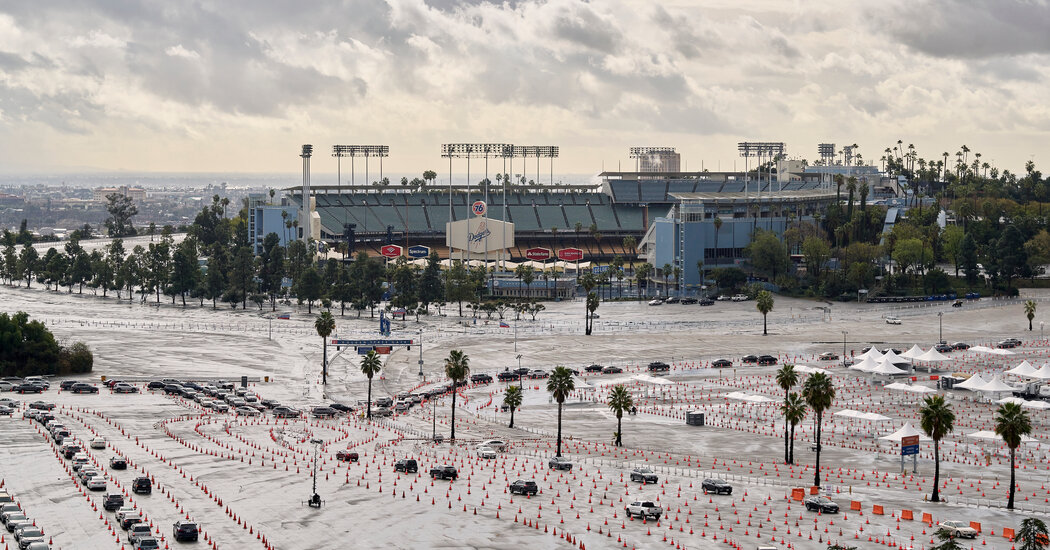 Motorists in line at one of the country’s largest vaccination sites were briefly halted on Saturday afternoon as demonstrators descended on Dodger Stadium, the authorities said.

At about 1:50 p.m. Pacific time, the authorities closed the stadium’s entrance, said David Ortiz, a spokesman with the Los Angeles Fire Department. The closure lasted for about an hour before the entrance reopened, while vaccinations continued inside the stadium, Mr. Ortiz said. About 50 protesters were present at the entrance.

The Los Angeles Police Department and Fire Department did not comment on whether the protesters were affiliated with any groups or what exactly they were demonstrating against.

Photos posted to social media, however, show people holding posters with the words, “99.96% survival rate” and “End the Lockdown” as well as other paraphernalia that appeared to denounce the pandemic’s existence and coronavirus vaccinations.

The vaccination site at Dodger Stadium opened on Jan. 15. Since then, those eager to get vaccinated have been met with a wide range of wait times, with the site highlighting some of the logistical hurdles of vaccinating people in one of America’s largest cities. In the past week, an average of almost 7,000 daily cases were reported in Los Angeles County, according to a New York Times database. The city of Los Angeles has one of the highest vaccination rates in the country, as almost 83 percent of the doses the city has receive have been administered.