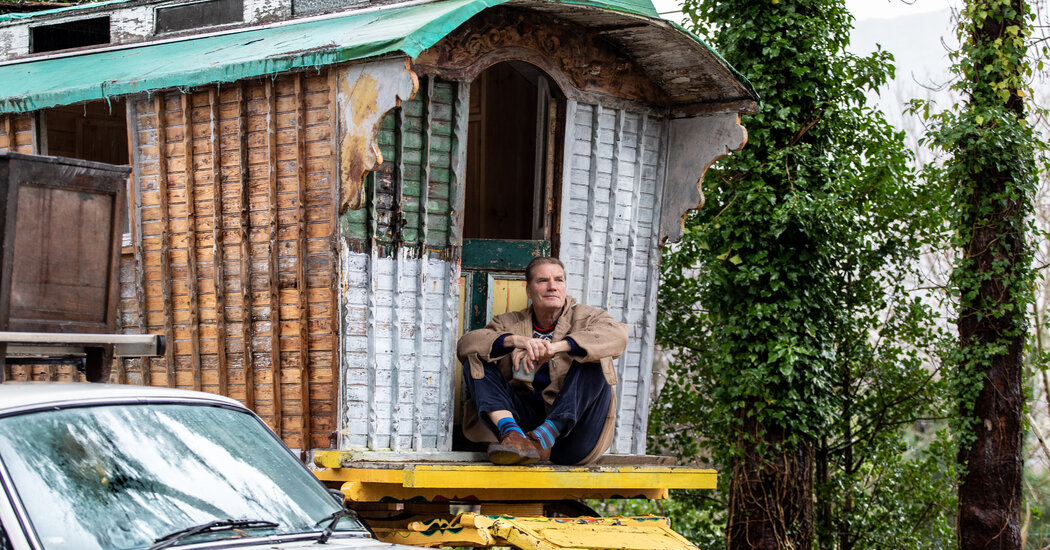 LONDON — “You could just jump in a van, drive to Europe and cross all the borders to buy decorative antiques. You’d drive straight back through French customs. It was seamless,” said Andrew Hirst, a British dealer specializing in old textiles, who in 2018 moved with his family to Ireland, after Britain’s vote to leave the European Union.

Hirst’s business is still based in London, and he said he was concerned that the combination of Brexit and the coronavirus pandemic would put an end to his specialist trade.

Britain left the European Union in January 2020, but it followed E.U. rules until a new trade agreement negotiated with the bloc came into effect on Jan. 1. But British businesses across a range of sectors, including art and antiques, are now discovering trade is not quite as free as they had hoped.

Value-added tax, or VAT — a tax on goods and services that is usually paid by consumers — is now payable when importing artworks into Britain from the European Union, and vice versa. Dealers at every level of the trade are also encountering unforeseen administrative and transportation costs that are damaging their profitability.

“I won’t be going to Europe to buy antiques like that again,” Hirst said.

Britain was the world’s No. 2 market for art and antiques in 2019 after the United States, with $12.7 billion of sales — 20 percent of the total global market, according to the 2020 Art Basel and UBS Art Market Report. But owing to “turmoil with the rollout of Brexit,” the report added, Britain’s market declined 9 percent in 2019, while sales in France, Europe’s next biggest market, grew 7 percent.

Since Jan. 1, collectors based in the European Union, where member countries set their own tax rates, now face VAT bills varying between 5.5 percent (France) and 25 percent (Denmark) on art or collectibles imported from Britain. (Britain charges 5 percent for items coming from the bloc.)

“Brexit has made the U.K. a faraway country,” said Andre Gordts, a Belgian collector who is one of an unknown number of international buyers who quietly moved their collections after the Brexit referendum to avoid VAT payments.

“It just makes things extremely difficult, enhancing the trade of bureaucrats and punishing hard-working artists and honest tradesmen in their galleries,” Gordts said. In 2016, he sold his London apartment and moved permanently to Brussels. “The only way out for British based galleries, I think, is to open a branch in the E.U.”

Ursula Casamonti, the London-based director of Tornabuoni Art, a leading Italian gallery specializing in modern and contemporary art, with branches in Britain, France and Switzerland, said the dealership would now have to pay thousands of euros in administrative charges when moving artworks around to mount exhibitions.

“The administrative, tax, shipment and timing costs for doing business in the U.K. have now increased,” she said. “While we still love the city, we now have a more negative idea about London as an international center for modern and contemporary art.”

Victor Khureya, the operations director of Gander & White, one of Britain’s biggest specialist art shippers, said there had been a “quite significant” rise in the cost of transportation since Brexit.

“There is a lot of administration, a lot of documentation and there are a lot of teething problems,” Khureya said.

“It results in delays, which are costly,” he added, noting that a recent shipment had been delayed for 24 hours by a French customs officer who misunderstood the relevant forms.

If a work of art is worth many thousands of pounds, these shipping costs represent a relatively marginal increase. But Brexit has also resulted in punitive cost increases in the transportation of lower-value items.

In January, Thomas Heneage, a long-established dealer in London specializing in art books, sold an item for £75, or about $100, to a customer in France, he said in a recent interview. The courier added charges adding up to more than $60, including a “fuel subsidy,” “Brexit adjustment” and “duties and taxes” that were almost four times what they usually charged, he said.

Disruption at the top end of the auction market, however, appears to be minimal, said Sebastian Fahey, the managing director of European operations for Sotheby’s.

“For the vast majority of buyers and sellers at Sotheby’s, there is no change, post-Brexit,” Fahey said, adding that private individuals in the European Union represented only a “small minority” of the buyers at his company’s London auctions. He said that the new VAT charges for importing items into the bloc from Britain “will be no different to the situation they faced previously when they bought in non-E.U. locations, such as New York, or Geneva.”

Some dealers and collectors in European Union countries with high taxes on the art trade, like Germany, see Brexit as an opportunity.

“In terms of trade between Germany and the U.K., it actually has quite some advantages,” said Johann König, a leading Berlin contemporary art dealer who also has a gallery in London. König pointed out that art bought in Germany could be imported to Britain relatively cheaply and that pieces bought in Britain would be subject to import VAT of 7 percent, whereas Germany charged 19 percent on domestic transactions.

“I believe that in the long-term, once a period of adaptation, and Covid, has passed, London will retain its importance within the European and global landscape as a major cultural hub,” König said. “We are continuing our activities in the U.K. and probably are going to even build it out more.”

Hirst, the British textile dealer now living in Ireland, said he also saw opportunities in post-Brexit Britain — as long as he can stay in business.

Until December, when government imposed a more stringent lockdown in England, he had been flying from Cork, Ireland, to London each week to trade every Friday and Saturday from an open-air stall at the popular antiques market on Portobello Road.

Hirst said he expected thousands of small businesses to go bust, creating openings for those who survive.

“There will be a lot of bankrupt stock,” Hirst said. “I may have to sell contemporary fabrics, rather than the beautiful old stuff I used to buy in Europe.