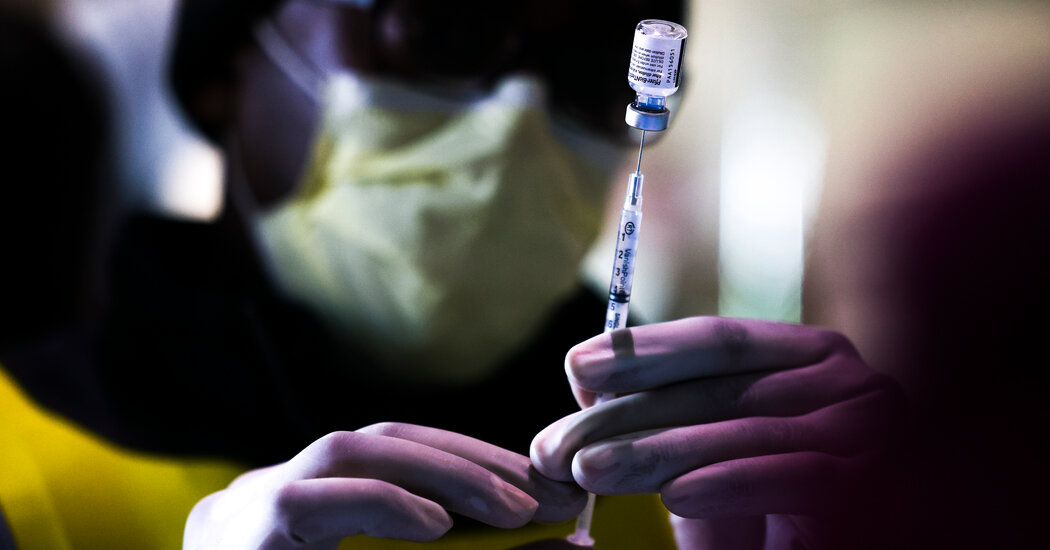 As coronavirus infections surged around the country in early November — and as the prospect of a long, dark winter loomed — it was not clear if any of the vaccines in development would pan out.

Now, three months later, the picture is very different. Two highly effective Covid vaccines are rolling out around the country. Three others appear to be slightly less robust, but still offer strong, and in some cases complete, protection against severe disease and death.

In the past week alone, Novavax and Johnson & Johnson reported that their vaccines offered good protection, including against new, more contagious variants of the coronavirus. And a new analysis from the University of Oxford suggests its vaccine, developed with AstraZeneca, has the potential to slow transmission and works especially well when second doses are delayed.

After a sputtering launch, vaccination in the United States is speeding up: More than 27 million Americans have received a first dose, and more than six million have been fully vaccinated. That pace has accelerated enough that President Biden, facing criticism that his administration’s goal of giving out 100 million shots in his first 100 days in office was too modest, last week revised the target upward to 150 million shots.

“We’ve come a long way,” said Akiko Iwasaki, an immunologist at Yale University. “We’re still living with deadly disease because we haven’t vaccinated enough people, but once we do, it’s going to really change the way we live and deal with this virus.”

But even as there are reasons for hope in the spring and summer, many public health experts remain pessimistic about the next couple of months. Several warned that the world was nowhere near clear of a pandemic that has taken nearly 450,000 lives in the United States and 2.2 million around the globe.

Vaccinations have accelerated in wealthy countries, but poorer countries are getting left behind. In the United States, wealthier, white residents are getting access to the vaccine more frequently than Black and Latino people, who have been disproportionately affected by the pandemic.

Although cases in the United States have fallen in recent weeks, they are still at levels that are nearly twice as high as last summer’s peak, even as some major cities, like Chicago and New York, are opening indoor dining and other activities. The rollbacks on restrictions are also coming as contagious new variants circle the globe, some of which appear to make the vaccines less effective.

Dr. Eric Topol, a clinical trials expert at Scripps Research in San Diego, recalled feeling hopeful as recently as December that the pandemic could be tamed in the United States by June, thanks to the flurry of encouraging vaccine data. But as the picture grew clearer in the past few weeks about the threat posed by new, more contagious variants of the virus spreading in other countries that have begun to turn up in the United States — particularly the B.1.1.7 variant first seen in Britain — his optimism has faded.

Preliminary studies have shown that the vaccines from Pfizer, Moderna, Novavax and Johnson & Johnson appear to work against the B.1.1.7 variant, and that they are also effective — although less so — against the variant first identified in South Africa. Even in the case of that variant, Johnson & Johnson’s study showed that it still protected against severe disease.

Some of the first people to be vaccinated are seeing glimpses of a path out of the pandemic.

At Bloom Senior Living, a chain of senior living facilities in the Southeast and the Midwest, officials have gradually begun to reopen their doors to indoor visitors at five of their nine sites.

Those decisions were driven by community infection rates, but another factor has made Bloom officials comfortable with the idea: As many as 96 percent of residents at facilities that have been visited by pharmacy vaccination teams have agreed to get a shot.

“It means everything for them to be able to see their adult children and hopefully eventually their grandchildren — to feel like they’re living life again,” said Bradley Dubin, principal of the firm that owns the Bloom facilities.

The effects of the U.S. vaccination campaign may be starting to show up in the data. The number of confirmed coronavirus cases among nursing residents declined in each of the first three full weeks that vaccines were given in nursing homes, according to data that nursing homes report to the Centers for Disease Control and Prevention. It’s not clear how much of that is because of vaccinations.

In Vermont, where 85 percent of people living in long-term care facilities have agreed to get at least their first shot of a vaccine, officials said this week that they were planning to soon ease visiting restrictions at these homes, though they have not set a date for doing so.

The immunization drive in nursing homes is one part of a vaccination campaign in the United States that has been gaining momentum after weeks of frustrating delays. The United States is now giving out an average of 1.3 million shots per day, and in some states, like Alaska and New Mexico, more than 10 percent of the population has received at least one of two required doses of a vaccine.

State and local health authorities are setting up mass vaccination drives, such as at Dodger Stadium in Los Angeles, and are working with the National Guard and the Federal Emergency Management Agency. The campaign is also increasingly expanding into the pharmacies where many Americans are accustomed to getting vaccines.

There are hopeful signs on the supply front, as well.

On Tuesday, the federal government said it would allocate a minimum of 10.5 million doses of coronavirus vaccines to states for the next three weeks. At the same time, Moderna is talking to the Food and Drug Administration about filling its vials with 15 doses instead of the current 10, a change that could boost that company’s output by 50 percent.

In addition, Pfizer has said it can deliver 200 million doses to the United States by May, two months ahead of schedule, because it is now counting an additional dose in its vaccine vials.

Currently more than 150 million people — almost half the population — are eligible to be vaccinated. But each state makes the final decision about who goes first. The nation’s 21 million health care workers and three million residents of long-term care facilities were the first to qualify. In mid-January, federal officials urged all states to open up eligibility to everyone 65 and older and to adults of any age with medical conditions that put them at high risk of becoming seriously ill or dying from Covid-19. Adults in the general population are at the back of the line. If federal and state health officials can clear up bottlenecks in vaccine distribution, everyone 16 and older will become eligible as early as this spring or early summer. The vaccine hasn’t been approved in children, although studies are underway. It may be months before a vaccine is available for anyone under the age of 16. Go to your state health website for up-to-date information on vaccination policies in your area

You should not have to pay anything out of pocket to get the vaccine, although you will be asked for insurance information. If you don’t have insurance, you should still be given the vaccine at no charge. Congress passed legislation this spring that bars insurers from applying any cost sharing, such as a co-payment or deductible. It layered on additional protections barring pharmacies, doctors and hospitals from billing patients, including those who are uninsured. Even so, health experts do worry that patients might stumble into loopholes that leave them vulnerable to surprise bills. This could happen to those who are charged a doctor visit fee along with their vaccine, or Americans who have certain types of health coverage that do not fall under the new rules. If you get your vaccine from a doctor’s office or urgent care clinic, talk to them about potential hidden charges. To be sure you won’t get a surprise bill, the best bet is to get your vaccine at a health department vaccination site or a local pharmacy once the shots become more widely available.

That is to be determined. It’s possible that Covid-19 vaccinations will become an annual event, just like the flu shot. Or it may be that the benefits of the vaccine last longer than a year. We have to wait to see how durable the protection from the vaccines is. To determine this, researchers are going to be tracking vaccinated people to look for “breakthrough cases” — those people who get sick with Covid-19 despite vaccination. That is a sign of weakening protection and will give researchers clues about how long the vaccine lasts. They will also be monitoring levels of antibodies and T cells in the blood of vaccinated people to determine whether and when a booster shot might be needed. It’s conceivable that people may need boosters every few months, once a year or only every few years. It’s just a matter of waiting for the data.

Hundreds of millions of additional vaccine doses from Johnson & Johnson, AstraZeneca and Novavax could further expand supply by summer.

Although the newer vaccines have not demonstrated the same high level of overall efficacy as Moderna and Pfizer did last year, and two have not yet reported results from their U.S. clinical trials, several vaccine experts have pointed to an overlooked but highly promising detail: All of the vaccines have shown excellent protection against the severe form of Covid-19 that leads to hospitalization…