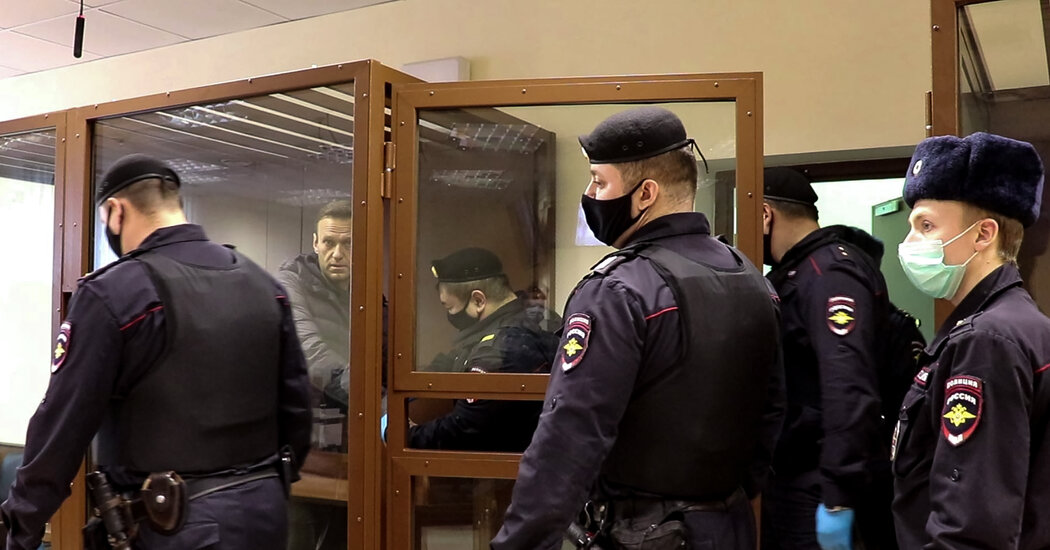 MOSCOW — Aleksei A. Navalny, the jailed Russian opposition leader, faced a new criminal trial on Friday — this time on charges of slandering a war veteran — while his supporters geared up for what they expect to be a yearslong battle against the Kremlin.

The start of the new trial came three days after a different court sentenced Mr. Navalny to two years and eight months in prison for violating his parole on a 2014 embezzlement conviction that Europe’s top human rights court later ruled was politically motivated.

Lawyers for Mr. Navalny say he is not in danger of additional prison time in the new trial, and it appeared to be primarily a vehicle for the Kremlin to tie his team up further in the courts while also giving the state news media a fresh opportunity to tar the opposition leader’s image.

“The Kremlin needs headlines that say, ‘Navalny slandered a veteran!’” Mr. Navalny said in court on Friday, according to the Dozhd television channel.

Mr. Navalny can still appeal his prison sentence in the previous trial, and his allies are working to prepare their supporters for a long fight ahead.

One of Mr. Navalny’s top aides, Leonid Volkov, said his camp would not be calling for more street protests in the coming weeks because it needed to regroup before nationwide parliamentary elections that are scheduled for September.

The Navalny camp’s strategy is to build up pressure on the Kremlin and chip away at Mr. Putin’s legitimacy, with the expectation that sooner or later, his authority will collapse amid discontent in the general public and in the ruling elite.

Mr. Navalny’s allies abroad, including Mr. Volkov, are also increasingly engaging with Western governments in the hopes of persuading them to imposed sanctions on people close to Mr. Putin.

“If we keep going out every week, we’ll get thousands more arrested and hundreds more beaten up and the work of the campaign offices will be paralyzed,” Mr. Volkov said. “We will get Aleksei out of prison, first and foremost, using foreign-policy methods.”